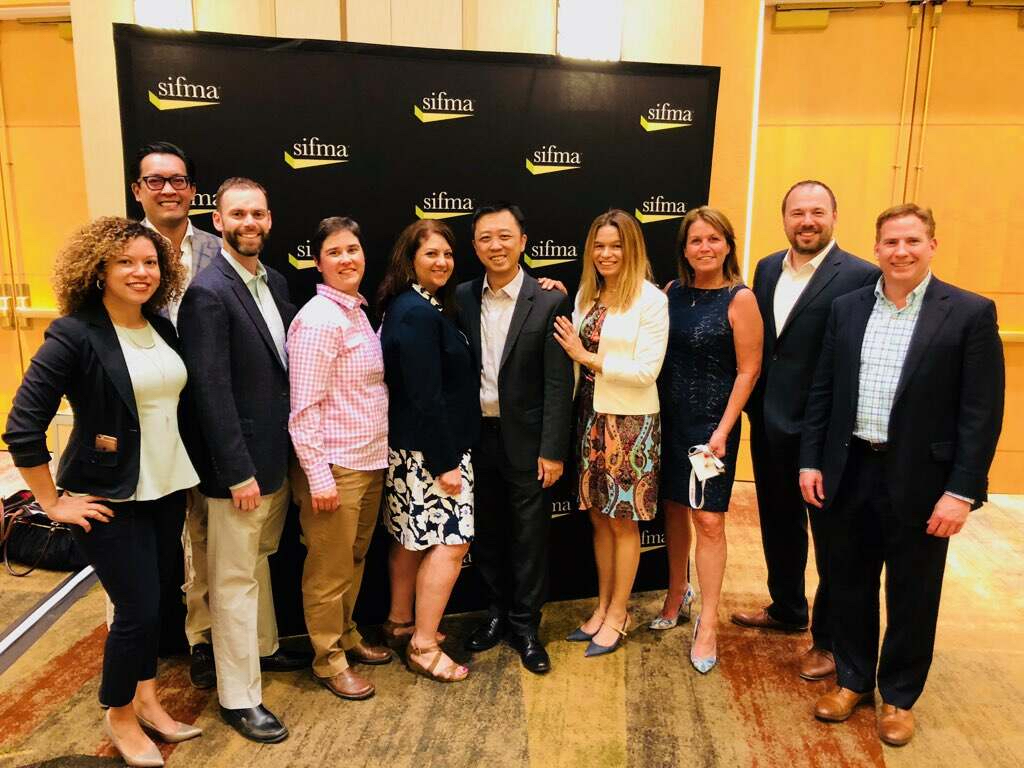 A couple of weeks ago, the SIFMA Operations Conference and Exhibition took place in sunny Phoenix, Arizona where I joined other ISITC leaders and members in discussing opportunities and pain points in financial services operations.

While we discussed and debated a large variety of topics, one theme echoed across all panels: Industry-wide collaboration is necessary in order to deal with the challenges facing financial services institutions. Big data and cybersecurity, two of the largest issues our industry is grappling with, were heavily discussed and agreed to be too cumbersome to deal with alone.

There’s endless amounts of data out there, and the majority of it is unstructured

Data was certainly a hot topic at SIFMA’s event. The big takeaway from the discussions was that it’s not about what you know. Rather, it’s about what you don’t know. During the “Looking to the Future of Financial Services Operations” panel, Olga Naumovich said that just 20% of big data utilized by firms is structured, while the remaining 80% is unstructured. If only one-fifth of the huge amounts of data is organized and able to be analyzed, how much insight are firms missing out on?

A personal example highlighting the difficulties of unstructured data came to mind that really drove this point home. While I was at the conference, I was looking through my phone to find a picture that I wanted to show a friend. I knew that it was taken sometime around December but was unsure of the year or what other pictures would be around it. The picture ended up being lost in the thousands of photos stored on my phone, leaving me unable to call it up. That’s just one picture in thousands – imagine the impact that unstructured data has as operations teams need a data point amongst millions of other data. With that in mind, this is an issue that is too large to be tackled alone. Collaboration across firms and organizations would provide better data for everyone and would increase innovation and progress.

Cybersecurity is a threat for everyone

Another issue with big data is having to protect the massive amounts of information from hackers. In the “Survival of the Fittest – Best Practices for Mitigating the Insider Threat” breakout session, IHS Markit KY3P CEO Ellen Schubert pointed out the fact that we have a playbook for best practices on everything, except for cybersecurity. When you think about why that is, it begins to make a bit of sense. People are fearful of divulging their points of exposure because they think it’s sharing too much or may reveal an instance where their firm failed.

However, one point made during the session stuck out to me and brought the issue to life. The panelists discussed how hackers are now able to break into pacemakers, potentially endangering patients. What would possibly be the benefit of this for them? This broadened the cybercrime conversation and made me realize that if hackers are doing things like that, then there’s no telling what they’re unable or unwilling to hack into.

Cyber threats today come from all directions and a myriad of sources. To fight cybercrime, we’re all going to have to work together to develop best practices and learn from each other.

One of the biggest benefits of the fintech revolution is increased operational efficiency. SIFMA hosted panels on emerging technologies like AI, DLT, and RPA and elaborated on the impact that they’ll have on our industry, but one of the most interesting developments I heard during one of the Tuesday sessions was one of DTCC’s new initiatives.

DTCC is looking to move T+2 to T+1.5, creating an alternate settlement model with settlement optimization. Rather than being mandated, it is something that we are working on collectively. John Abel, VP at DTCC, discussed how this was brought about by embracing the fintech revolution, and he’ll be talking about the topic more at ISITC’s Fall Forum in September.

The SIFMA Operations Conference and Exhibition highlighted that if the industry were to come together to embrace the fintech revolution, all of our products and services would become more effective and efficient. Collaboration and sharing best practices will prove to be the key to conquering the challenges that lie ahead.